Use Your Founder’s Story in a Keynote

Home / Storyteller / Use Your Founder’s Story in a Keynote 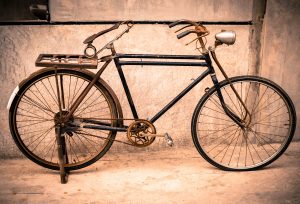 When giving a keynote to or about your company, consider using your founder’s story.
Brands and companies are stories that begin with the founder—or a group of founders—and an idea. This is why it makes sense to celebrate the contribution of outstanding employees, to officially launch a new product or service, or to commemorate a mile marker anniversary with your founder’s story.

UPS founder James Casey never finished high school. He was a dropout who started a bicycle messenger service in the bustling city of Seattle in 1907. He built his business on a relentless focus on people—customers and eventually employees.
One of Casey’s passions was to collect stories about purpose and goal-setting and put them into small books for his managers to carry with them. He was a philanthropist and a renaissance man.
Now, isn’t the success of UPS and its employees more meaningful when you know the company began on a bicycle on the streets of Seattle? The founder’s story makes the fact that UPS is a global enterprise valued at more than $50 billion dollars with 400,000 employees more personal and powerful.

Best-selling author Tom Peters tells the story of a study in which new hires at different companies were placed in separate groups. In the first group, executives laid out the company’s philosophy. They supported the philosophy with key messages. Their argument was logically sound, clear, and concise.
In the second group, the executives told stories without explaining the company’s philosophy with key points. The researchers conducting this study found that new employees who were told stories were far more likely to internalize the philosophy of the company than those who were simply told about the philosophy.
Facts can be enlightening and help us make better decisions, but by themselves facts lack future value. Story not only helps the fact to stick but also opens possibility. 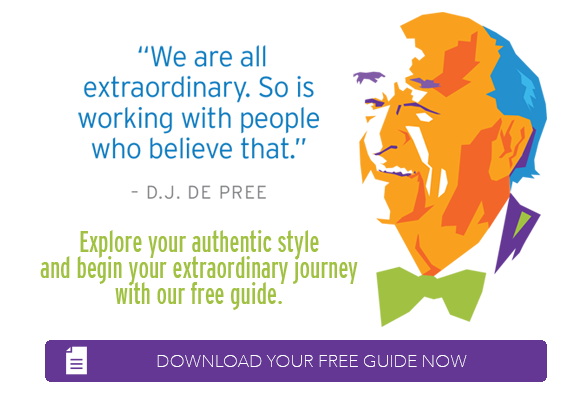 There are challenging times when  employees need help reconnecting to their own strength and core values of the company.  Coming out of a recession, a failed product launch or a natural disaster, your founder’s story can reset the compass of the company.
Consider the story of D.J. De Pree.
D.J. De Pree was the founder of Herman Miller, but perhaps first and foremost, he was a storyteller and spokesperson for a great company. He understood deeply the role of employees within an organization, and he can teach us something vital about employee engagement.
On a wet day in Michigan in 1927, just after 7:00 am Herman Reynolds dropped dead of a heart attack while working on one of the machines. Reynolds was the company mechanic, or the “milwright” as the position was called in those days. When De Pree heard, he visited Mrs. Reynolds at her home to offer assistance. She showed him the beautiful crafts her husband made and the poetry he had written. She told De Pree that her husband was much more than a mechanic. He was an artist. By the time De Pree arrived at his front porch on Pine Street, he was moved to tears. He had been raised with people who were tough on so-called labor. He realized that Reynolds was a poet who happened to be a mechanic.
D.J. De Pree used the “Milwright Story” as the springboard of the company’s philosophy going forward.

The Herman Miller slogan became: “We are all extraordinary. So is working with people who believe that.”
Through the years, this story has united employees around a core belief in themselves. By the middle of the 20th century, the name Herman Miller had become synonymous with modern furniture and famous designers. Employees operate through several brands across the globe, and they all know the “Milwright Story” De Pree began telling in 1927. When the demands of a global economy come to bear, that story is there like a support system.

We are living in the whitewater of change, which makes employees feel unsafe. The stories leaders tell about the brand instill confidence and vision.
Alan Mulally helped steer Ford through the chaos of the U.S. financial crisis. The story of this colossal turnaround is on the bestseller’s list under the title American Icon: Alan Mulally and the Fight to Save Ford Motor Company by Bryce G. Hoffman.
When he got to Ford, Mulally did a reality check on where the carmaker was at the time, which is one of the core principals of his philosophy. He believes leaders first have to deal with the way it is, not the way they wish it could be. Second, you have to stake out a vision about where you’re going.
Mulally told the story of Henry Ford’s original vision, which was to be the most high-quality, efficient, affordable, and smart American automaker. Mulally and his leadership team recommitted to that vision. He sold the Jaguar and Land Rover brands in 2008, Volvo two years later, and through those same years, shed Ford’s ownership stake in Mazda to focus on the core Ford and Lincoln brands.
Mulally also passed on government aid to survive the financial crisis, which is a source of pride to employees. He helped them realize their potential. The impact: Ford began reporting a string of profitable quarters.
Your founder’s story can be an engine that helps celebrate, galvanize, restore and reconnect employees to the company philosophy and core values. You won’t use it in every keynote, but when it’s time to tell it again, do it with the passion of the founder.

Your Guide to Authentic Speaking and Presenting is packed with rich material and innovative tips to help you become the communicator you were meant to be…and it’s FREE! Just click the download button.