The Voices of Marjory Stoneman Douglas

I got it wrong.

Immediately after the shooting on Valentine’s Day at Marjory Stoneman Douglas High School in Parkland, Florida, I was talking with my mom and she said, “What do you think will happen?” and I said, “Nothing.” My rationale was simple. If things did not change after the murder of 20 little angels at Sandy Hook Elementary in Newtown, Connecticut, the slaughter of 17 adults and near adults in an affluent community near Miami would not move the meter of public opinion and political will. 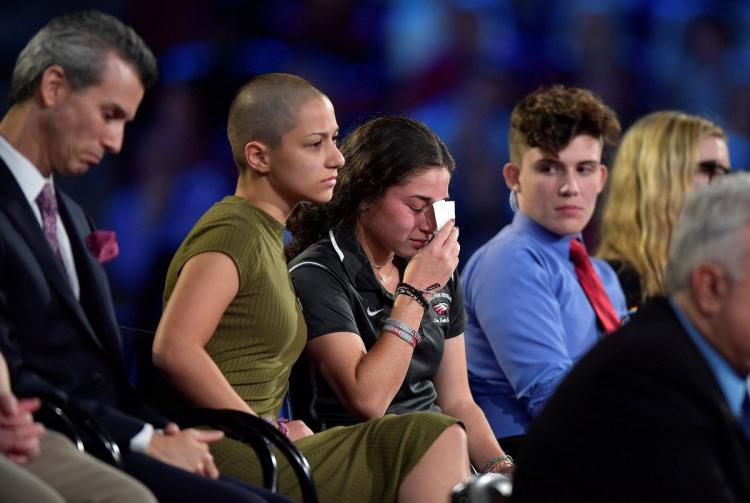 In the immediate aftermath of the shooting, it was the same old same old response. “Thoughts and prayers.” “It is too early to discuss gun control.” “Don’t politicize this tragedy.”

And then some of the Parkland students began to speak on behalf of other survivors and their slain classmates.

I did not anticipate that these near adults would find their voices and say #NoMore. These fresh-faced teens most of whom aren’t old enough to vote are creating social change with a movement that has crossed the nation (and the world) and has resulted in the Marjory Stoneman Douglas High School Public Safety Act in Florida.

They spearheaded a national school walkout last week on the one-month anniversary of the shooting, and an international march on Washington, DC and 826 other locations is planned for Saturday, March 24.

How did this happen? When the slaughter of first-graders at Sandy Hook brought tremendous grief for a few days, but no real change. Or the murder of 49 people at the Pulse Night Club in Orlando. Or the murder of 58 concertgoers in Las Vegas. What was different here?

It was the students. They spoke early and often. And the world began to listen.

There was student Carly Novell clapping back at conservative commentator, Tomi Lahren’s tweet (“Can the Left let the families grieve for even 24 hours before they push their anti-gun and anti-gunowner agenda? My goodness. This isn’t about a gun, it’s about another lunatic.”) by saying “I was hiding in a closet for 2 hours. It was about guns. You weren’t there, you don’t know how it felt. Guns give these disgusting people the ability to kill other human beings. This IS about guns and this is about all of the people who had their life abruptly ended because of guns.” Her tweet went viral.

Then, on the Saturday after the shooting the nation saw student Emma Gonzalez’ passionate plea.

I realized that we might have a tipping point on our hands. I wasn’t alone in thinking that these students have something to say and we needed to listen.

They were thoughtful. They were passionate. They were articulate. They were fearless. And they were fed up. They took on this cause as a part of their grieving. And over a month later they don’t appear to letting up. If this is the post millennial Generation Z in action, we should prepare to be disrupted! Students were invited to the White House to discuss their ideas about school safety. CNN hosted a town hall where students, parents and teachers confronted elected officials and NRA representatives.

Like groups everywhere, the Parkland students don’t agree on everything. Most of the students who have gotten extensive mainstream media coverage support stronger gun control measures. 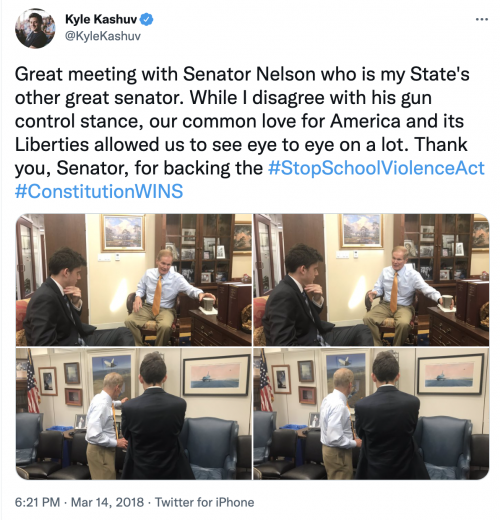 But student Kyle Kashuv is a second amendment advocate. He hasn’t gotten a lot of media attention, but he has been visible in some very important circles. He reached out to a number of elected officials via Twitter to ask for meetings when he was in Washington, DC to talk about bipartisan legislation.

He had meetings with the President, The First Lady, and a number of prominent senators took the meeting. This is a high school student who can’t yet vote meeting with some of the most powerful leaders on the planet simply because he tweeted that he was going to be in town and would like to talk.

In the immediate aftermath of the shooting, there were internet rumors that the Parkland students were crisis actors. They aren’t. There were also rumors that they were being coached by left-wing gun control activist groups.

Certainly, activists have joined their cause and may be providing coaching. It was said that the attention was going to their heads. What 17-year old (or 30-year old) would not have his or her head turned by a call of support from Demi Lovato?

But some of the students have gotten help from the likeliest of sources – a teacher. Many of the students who have been so effective have come from Jeff Foster’s AP United States Government and Politics class. Foster, who Emma Gonzalez, thanked during the CNN Town Hall, had just finished a lecture on special interest groups, including the NRA, on February 14 when the fire alarm went off and the world changed.

Foster, a Republican (in case you were wondering), told NBC News “It was definitely an organic movement for them to come together and organize, and I wasn’t in the room when that happened,” Foster said. “It’s nice they’re all giving me credit … but I mean it’s the ultimate grass-roots movement.”

Here’s a teacher who was preparing his students to be citizen leaders when they grew up. He didn’t know they would grow up on February 14.

We don’t know how this story will end, but it is hard to forget the faces and voices of Parkland. Young people finding their voices in tragedy and using their story to try to change the world.

As someone who believes in the power of communication to share ideas, unite people, build bridges, and inspire change, I have been moved by these young people and what they have done in 30 days. I watched students around the country walk out on National Walkout Day. I will walk with them on Saturday, March 24 as we March for Our Lives.