It can be hard to put your own wellbeing first, especially when the whole world is watching. But that is exactly what Simone Biles, a member of the USA Women’s Gymnastics team, did during the 2020 Summer Olympics in Tokyo. And we applaud her for it.

We’re all feeling it. Going back to the office after 18 months at home. Tough decisions about jobs that don’t fulfill us after a global pandemic. Increasing fear that after two jabs in the arm that we are still vulnerable to the virus. Daily stories about threats to democracy. Fractures between families and friends. Unimaginable loss and accompanying grief. 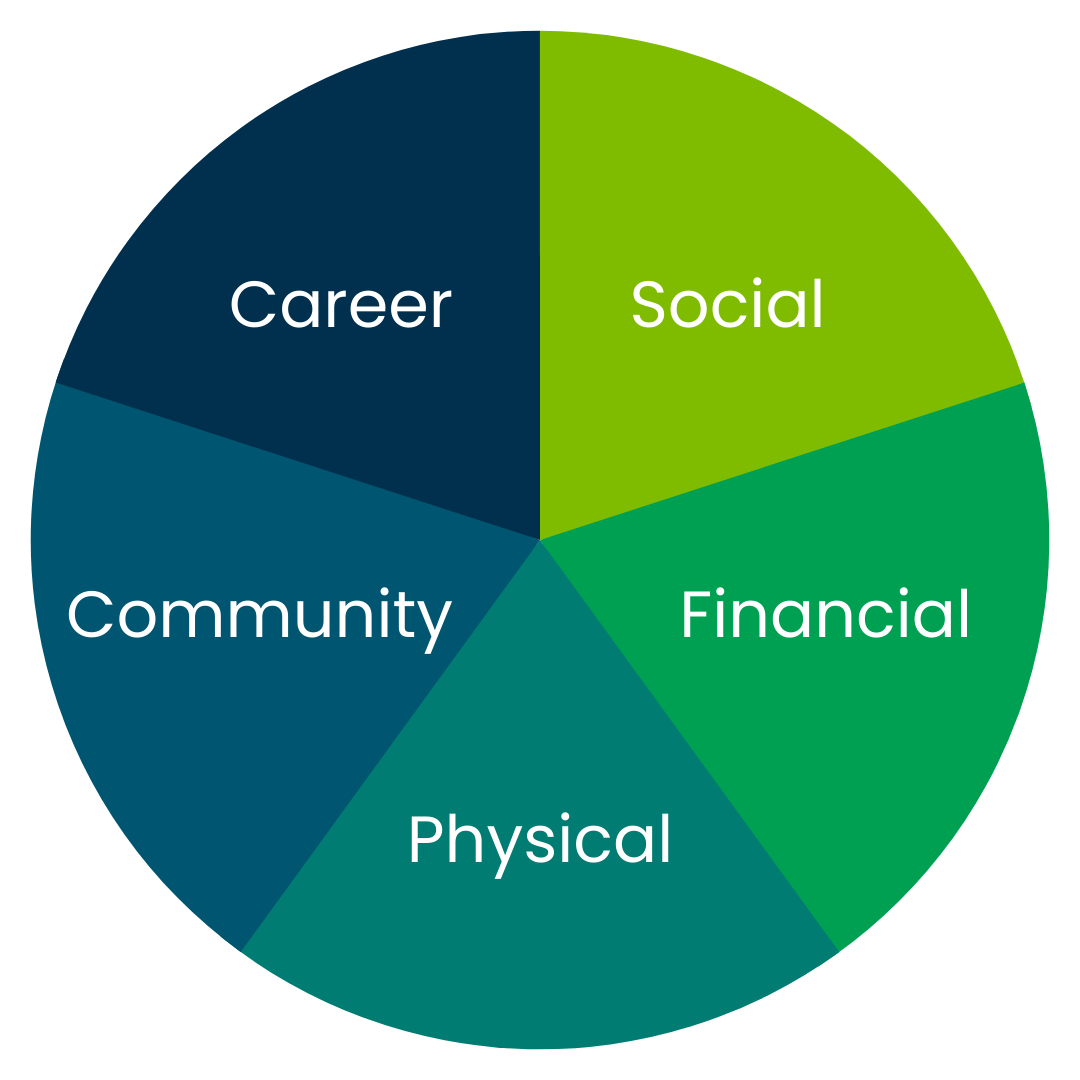 The Five Aspects of Wellbeing as described by Gallup.

Gallup has done extensive work on the five aspects of wellbeing – Career, Financial, Physical, Community and Social. And they are telling us that almost all of us are feeling burned out.

Simone Biles Feels the Weight of the World

Since I was a child, I have loved the summer Olympics. My friends and I did gymnastics in my basement (no backflips, cartwheels only, but I could throw my arms in the air with the best of them). The Olympics and the athletes seemed so joyful, so carefree, and so fun.

As I got older, the seedy underbelly of the Olympics became clearer. They are stories of sacrifice, of abuse of all kinds, and stories of children who did not have childhoods in the pursuit of Olympic glory.

But the delayed 2020 Summer Olympics began, and I was right back in it. And the face of the Olympics was Simone Biles, the GOAT (Greatest Of All Time). It seemed to be a role that she thrived on. But was it?

On Sunday night NBC showed a piece on Biles. Unlike most of these pieces, this one wasn’t a happy, tear-jerking backstory. It was Biles talking about the abuse that she suffered at the hands of US Gymnastics doctor, Larry Nassar.

One of the most striking things she said was that she didn’t retire because she knew as the face of USA Gymnastics, she had the leverage to hold them accountable if she was still competing. Wow.

That’s a lot, even for someone who has more strength in one leg than most of us have in our whole body.  And as it turns out, it was too much.

Our first clue was after a lackluster performance in team qualifying when she posted on social media about the pressure. 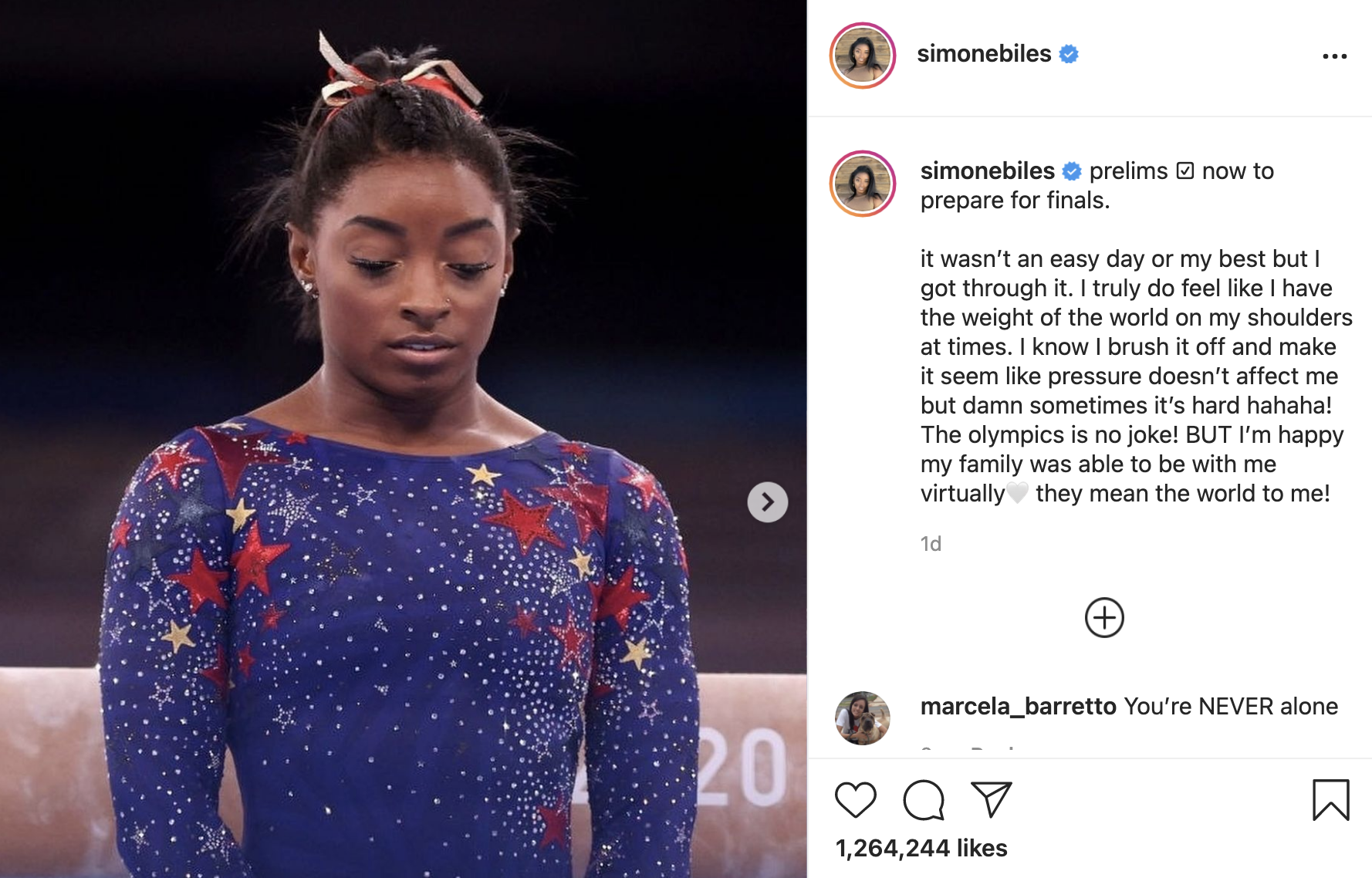 “It wasn’t an easy day or my best but I got through it,” she wrote on Instagram. “I truly do feel like I have the weight of the world on my shoulders at times. I know I brush it off and make it seem like pressure doesn’t affect me but damn sometimes it’s hard hahaha! The Olympics is no joke!”

Courage of Lion, Strength of an Olympian

This morning I woke up and turned on Peacock streaming to watch the team competition live. Bile’s first event was the vault, an event where she literally soars. But she didn’t. Shortly after her vault, it was announced that she was withdrawing, and the speculation began.

Was it mental or was it physical? We didn’t know as the competition concluded, but we did know that Simone was still there for her teammates, dishing out high fives, applying chalk and giving hugs. All we knew as the US took silver, not gold, was that Simone was not okay. 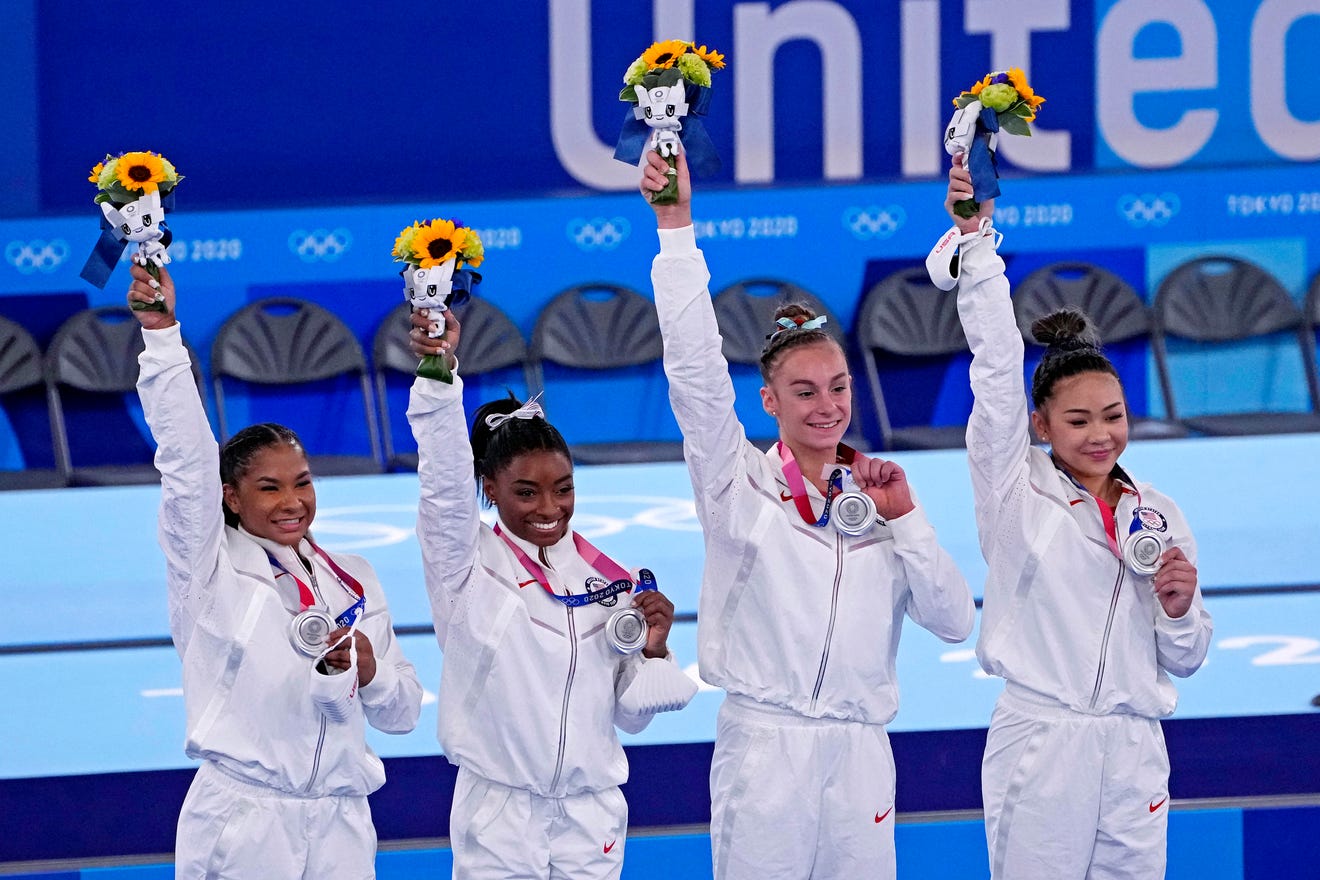 And then she did the bravest thing of all. She told the truth. In the post-competition press conference, she told us that it was not physical; it was mental. But she knows that the pieces of wellbeing are interconnected, if career isn’t right, physical suffers. And she knew that she risked catastrophic injury if she continued.

She also knew that she ran the risk of hurting the team that depends so much on her. Biles did the right thing, the only thing. She stepped aside.

In doing so, under the brightest of lights, she speaks to all of us, for all of us. Listen to yourself, understand the wellbeing balance and when things are out of sync, don’t push through, take care of yourself.

Thank you, Simone, for a gold medal example of strength and courage.

We all need to take a page from Simone Biles’ book. There is no shame in listening to yourself and putting your wellbeing and mental health first. Taking care of yourself needs to be the top priority. That way, you can bounce back even stronger than before on a path that makes you happier, healthier, and more fulfilled.