When You Walk Out the Door

Home / Interact Studio Stories & Articles / When You Walk Out the Door

When You Walk Out the Door – Ron and Stephanie Rivera

The NFL regular season just ended. But it ended four weeks ago for former Panthers Coach Ron Rivera. The team’s most successful coach was a casualty of two less than successful seasons and a new owner eager for success. After watching a lackluster performance against the Washington Redskins, I can’t say that the decision was a surprise, although the firing before the end of the season was not anticipated. What happened next was surprising. 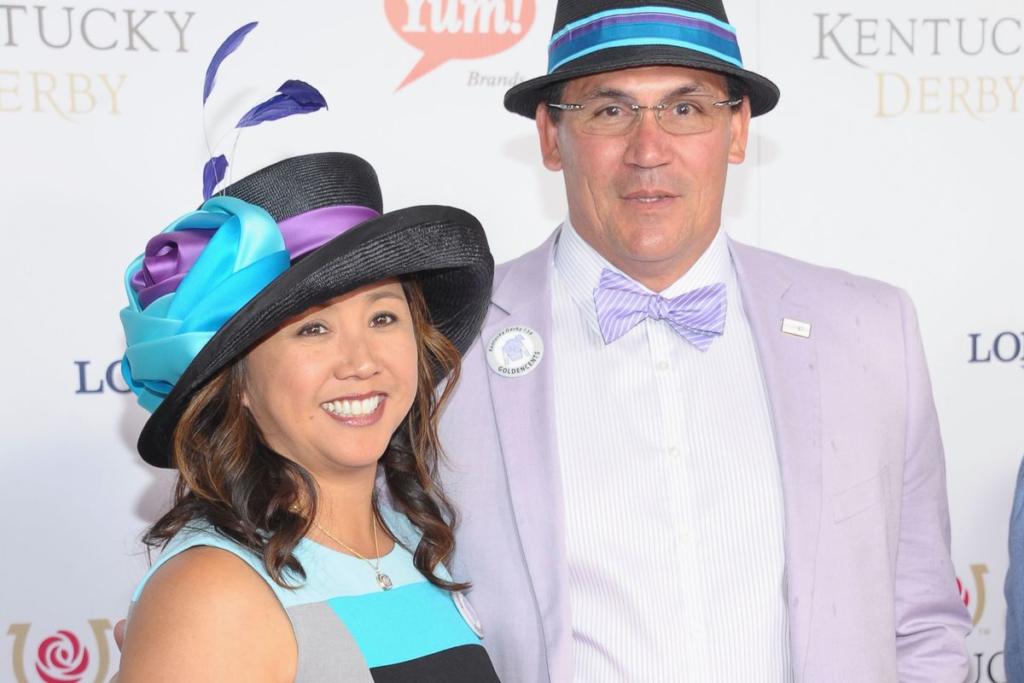 Tepper communicated with Rivera on a Tuesday, a day when players are not in the facility. But Rivera was back at the facility the next day to speak with and say goodbye to the players. And he held a final press conference on Wednesday morning. And it was a remarkable press conference.

To be clear, Ron Rivera was universally liked. And he and his wife, Stephanie, had been very engaged in the community so there was early sorrow about their departure. But the grace with which they handled the situation endeared them even more to the community and positioned Rivera as a leading candidate for another NFL opportunity. And he was the first coach to land a new job with the Washington Redskins after the season concluded.

Rivera’s departure press conference was unlike any I have ever seen. He was initially a little salty about how his success had been characterized. He was grateful in thanking the owner who hired him and the owner who fired him and many of the people he had worked with. He talked about his coaches and players. But he didn’t talk much about their play and the game of football. 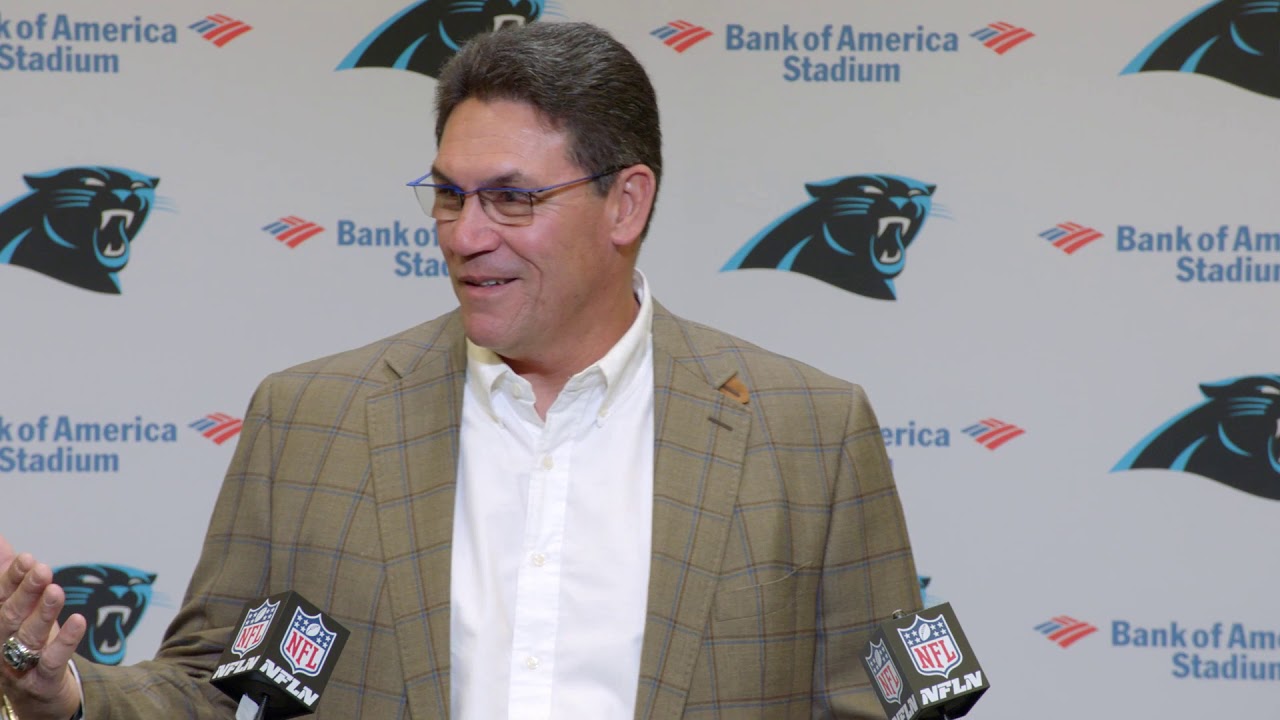 Rivera was known for delivering a message through the t-shirt he wore at his weekly press conference. This time he ended by holding up a t-shirt that said: “Thank You.” Reporters stood and clapped for him and they rushed up to shake his hand. This just doesn’t happen. 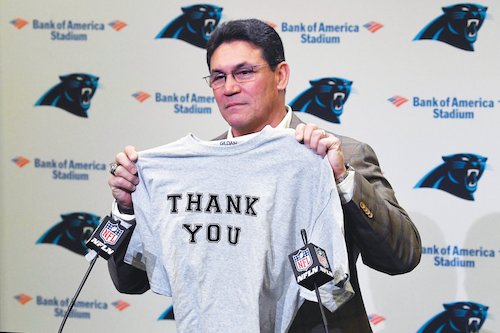 The Riveras took out a full-page ad in The Charlotte Observer to communicate their appreciation for the team and the community. They visited a local sports talk radio station to do the same.

They also quietly visited the charities that they had championed while they were in Charlotte to reiterate their support and their ongoing commitment. No one saw that. This just doesn’t happen. Usually, the departing coach and his family are on the next flight out of town and they don’t look back. Not this family.

Rivera is a great coach; he’s an even better person. He told the team in his last meeting with them, “When you walk out the door, it’s all about your character.” The grace, dignity and humility that they exhibited as he left the Panthers, had to impact how he was viewed by other owners looking for their next coach. They are people of exceptional character and they will always have a special place in the hearts of Charlotte.

David Tepper was one of our authentic people last year. In his second season as the owner of the Panthers, he continues to be an open book. He was very candid about the desire for an indoor practice bubble and ultimately a business office and practice field relocation to South Carolina, and he is on the way to making that happen. He pursued Major League Soccer and he was successful. He wants a new stadium, and I will not bet against him.

Earlier this year he talked about his expectations for the Panthers and he was clear that he would not accept mediocrity. He went on camera after his decision to fire Ron Rivera and talked candidly about his decision and the timing. In those interviews, he noted that he had made his decision and that he knew he needed to begin making inquiries about other candidates and he did not want to do that behind Coach Rivera’s back. He also thought there were coaches in the organization who deserved a chance to audition for a role either with the Panthers or elsewhere. You can’t fault that candor and honesty.

In the weeks since Coach Rivera’s departure, the team’s performance has been abysmal. Tepper has his work cut out for him to put the organization back together. But at the end of the day, he did Rivera a tremendous favor. 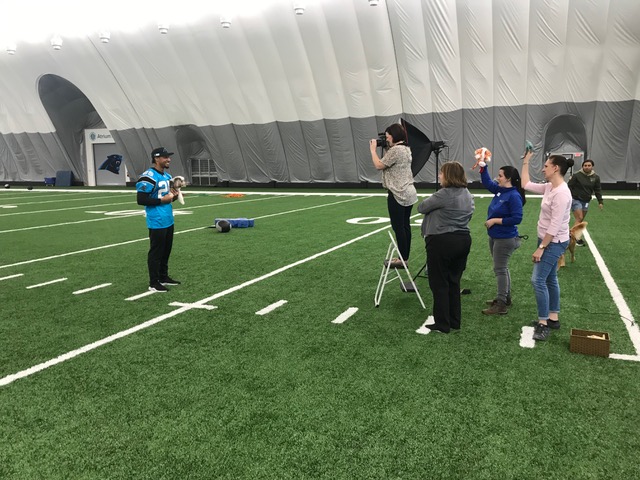 One of the Riveras’ favorite organizations is The Humane Society of Charlotte. They have been leaders of the capital campaign to build a new state of the art facility for this animal welfare organization. They also championed and coordinating a calendar featuring shelter pets and alums with Panthers players. You can still buy a calendar and support this worthy cause that meant so much to the Riveras. It will be a collector’s item.

My Humane Society alum, Murphy, had the opportunity to be featured in this year’s calendar. He was fortunate to be photographed with Eric Reid, one of the players that Coach Rivera referenced in his final press conference, as someone who was going to change the world. Reid is fiercely outspoken about social justice issues. Coach Rivera did not initially agree with his position and his approach, but they discussed it; Rivera did his own research and he came to appreciate and respect Reid’s conviction and passion.

Our experience on photo day was great. Coach Rivera was there for much of the time; Stephanie Rivera was there the entire time. After we were paired with Eric Reid, he took time to get to know Murphy and when it was time for their photograph, he said, “Let’s do this Murphy!” He held Murphy like a football, and I love their matching smiles in the photograph that made the calendar. He and the other players and staff we interacted with were so gracious. They gave their time to do this because it mattered to their Coach.