How to Restore Trust Featuring A Non-Profit Giant: Jane McIntyre

When you meet Jane McIntyre, you know instantly you’re with the real deal. She is admired for engineering the turnaround of the United Way of the Central Carolinas (UWCC ), one of the largest fund-raising agencies in the country. But it’s not her reputation that will impress you. 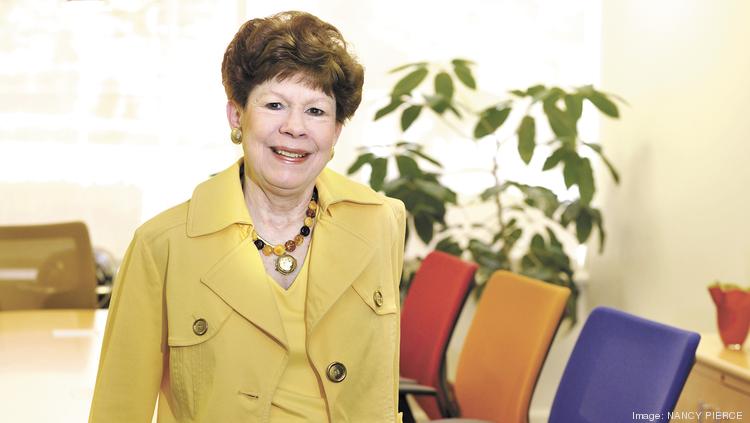 She is a charming woman with a deep Southern accent. But her Carolina drawl is not what will impress you.

Jane McIntyre is distinctly real because she is full of heart and takes zero crap. You recognize the look in her eyes as the mark of a leader and someone who knows who she is—and has the confidence to risk moments of vulnerability. She tells you the truth.  She fakes nothing.

Turned Around the United Way of the Central Carolinas

In 2008, McIntyre’s predecessor left her post in disgrace and the agency in crisis. The local newspaper ran stories daily about her greed and mismanagement and the community was outraged. Contributions dipped and the employees of UWCC were scapegoated.

The scandal was poignant as the bigger economic crisis turned darker. McIntyre, who was heading up the YWCA at the time, stepped up and took the job no one wanted, which was to bring UWCC back from the edge.  At the same time, she became my client—and one of the most colorful to date.

She is small in stature but every bit of a red-headed cowgirl who can rope the biggest steer at any rodeo. Earlier this year, Jane helped hire her replacement, a talented young man named Sean Garrett. He will take UWCC into the future. I watched her introduce Sean at a press conference and step to the background as he stepped forward. She had done it – restored the iconic agency to good standing with the community with a bright future. She did it through the Three Leadership Stories.

There are three stories every leader should know:  Who I Am, Who We Are, and Where We Are Going. People need to hear these stories to trust your motives (and by the way, you can’t fake it, you have to feel it).  McIntyre is a master communicator and storyteller. She knows that people are looking for real, meaningful conversation.  While her predecessor had hidden from the press, McIntyre invited dialogue.

Who I Am is not found on your resume or bio. It is the story of what your life has taught you and the obstacles you’ve overcome on your way to being a leader.

One of the many defining stories Jane shares is her battle with cancer in her twenties. She says that the disease forced her to grow up and that she has not taken one day for granted since. She advises, “You’ve got to live to the max. One day you look up and say, ‘It’s time to go to work.’”

People can see who she is and they trust her because she “Walks the Talk.”

Who We Are is the story of defining successes within the organization. Jane was intimately aware of the unique abilities of the individuals who worked for her. She didn’t care about triple-degrees nearly as much as she cared about people who were smart and had the heart it took to do meaningful work. Jane celebrated the employees, contributors, heads of agencies, and clients of United Way.

She did it in a way that made the core values of the organization crystal clear.

Where We Are Going is the focus and vision of the leader who understands the greatest good for all involved.
Upon accepting the position, McIntyre appeared on an NPR affiliate talk show and began driving the conversation from scandal to:

“What’s important is that the United Way makes a difference to thousands of people in our region and in the community.  That message has been lost. It’s time to get the focus back and ask how we can do more for the people who can lift the entire region.”

This is no script.  McIntyre said it with heart and said it often.

Keep Promises As A Leader

Think about a leader, co-worker, strategic partner, vendor, or employee you trust.  Why do you trust them?  Because they are willing to keep big and small promises and choose people over immediate gain.

A few years ago Jane McIntyre called me from home to apologize for postponing a workshop for her leadership team. She was laid up after taking a bad fall.  Instead of having her assistant call, she was willing to be inconvenienced to honor a relationship. She didn’t consider it un-leadership-like.  This is one example of the ways she has galvanized trust over and over.

What if leaders considered themselves the promise-keepers of genuine conversation?  If you are to lead well and help your organization thrive, you must rethink putting short-term gain ahead of people—and “see” performance in a new way.  Begin with the fact that the people who work with you need a glimpse behind your title—to see your humility and humanity.

You must be willing to risk vulnerability.

The world we live in requires that we communicate virtually. But without the “reset” power of face-to-face connection, the trust supply can run out. Anonymity and disengagement move in like an organizational illness. The culture turns dysfunctional.

McIntyre knows that people are looking for in-person, meaningful conversation. While her predecessor had withdrawn, McIntyre stepped out, took the door off the executive suite, invited people in, and started a conversation.
Within less than one week on the job, McIntyre was meeting one-on-one with every employee before moving to the large contributors, and then to the community agency leaders. No one heard her sugar coat, suck up, or put a spin on the truth.  She listened and she laid out her vision, along with what it would take to get there.

People were invited to be a part of the positive urgency around, “It’s time to go to work.”  She made it clear that “no” was an option.  For those who said “yes” to the new landscape, she extended trust by delegating power. The human connection is a relief valve.  Have you ever had a mental resentment against someone, only to have it dissolve when you sat down with them face-to-face? The longer you go without face time, a misunderstanding can metastasize. Without the cues of body language, tone of voice, and facial expression, you imagine a negative tone and suggestion of blame in an email. You make things up.

Authenticity is an attitude. Employees want to follow leaders who are strong and competent but also honest, likable, and regular people. Some leaders come at the idea of building trust with attempts to over-manage and over-vet their speeches.  This is painfully transparent and produces the opposite effect. We want leaders who communicate with strength, heart and zero crap.

McIntyre has a way of connecting with the common sense and dignity within people. She leveraged meetings, speeches, interviews, and conversations as a strategy for making human connections to drive her agenda.  She didn’t lean on a website, brochures, or press releases.  Is any of this easy? No, restoring trust is hard work. And, as Jane says (with a wink), “If you can’t take the heat, you shouldn’t be in leadership.”