I grew up watching Cokie Roberts on “This Week with David Brinkley.”  My dad liked David Brinkley and George Will.  He even liked Cokie even though her political preference was not the same as his. The show was one of my early introductions to smart people talking about politics and world issues.  I loved how bright Roberts was and the fact that she was never mean or mean-spirited. 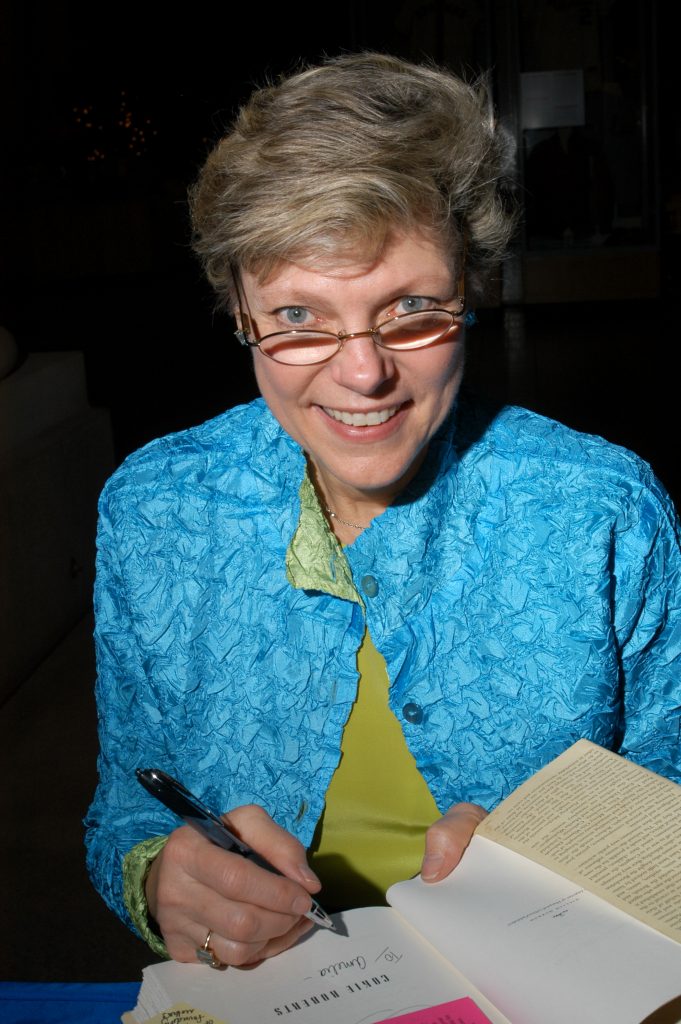 As I have listened to the tributes from those who worked with Roberts, it struck me how proud anyone would be to be described as she has been described:

We lost a really great one this week when Roberts died at the age of 75 of complications from breast cancer.

“A great journalist, wife, mom, public advocate.  She did it all with grace. She worked to give other women a seat at the table.” Maria Shriver

‘She knew it all, but she was never “a know it all”.’  George Stephanopoulos

“Cokie was a giant,” he tweeted. “She was smart and pithy and tough as nails,” said Jake Tapper, “the highest of compliments for a DC journalist.” 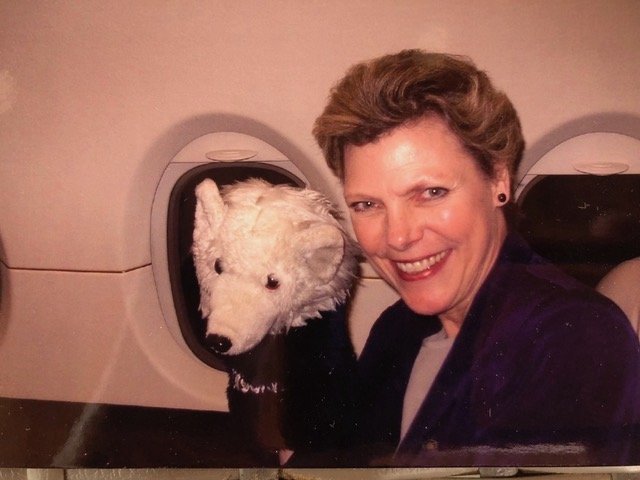 “To know Cokie was to see the personification of human decency.” Nina Totenberg

“Cokie Roberts was a role model to young women at a time when the profession was still dominated by men; a constant over forty years of a shifting media landscape and changing world”. Former US President Barack Obama and former First Lady Michelle Obama

Roberts was born into politics. Her father was House Majority Leader, Hale Boggs, who died in a plane crash.  Her mother, Lindy, replaced him in the House.  Roberts had a fifty-plus-year career and a fifty-plus-year marriage. Her marriage and her children – and then grandchildren were her joys and, in her own words, her greatest accomplishment.

I had the extraordinary experience to spend several hours with Cokie in 2004, two years after she first battled breast cancer.  I was attending an industry meeting in New Orleans (Cokie’s hometown).  I’m not sure of the specifics (I’ve slept since then), but I was asked to go on one of the company planes with one of our senior executives and his wife. There was one catch.  We had to fly from Charlotte to Spartanburg, SC where we would pick up Cokie from a speaking engagement and take her to New Orleans for a family event.  The charity involved had made the request and the timing was right.  I was excited beyond belief to have the opportunity to spend time with someone I admired so much.

I remember we got to Spartanburg where we waited on the tarmac for her car bringing her from the speaking event. It was well after 9 pm when she arrived.  We talked about being respectful of her and if she wanted to sleep or read, letting her do that.

What made Cokie so special

When she arrived, she greeted us all very warmly.  You could tell that she was tired, but she settled into her seat and her demeanor showed that she was open to conversation.  I’m sure she knew how much it meant to us and she accommodated.  Grace.

She had been speaking at a fundraiser for a local hospital for the cancer center.  She talked frankly and passionately about her own battle and the tremendous advances that were being made to beat this disease.  Advocacy.

She welcomed our questions about politics and journalism. I specifically remember her response to a question I asked her about her appearances on Imus in the Morning.  At that time, Don Imus’ morning radio show was simulcast on MSNBC and was very popular.  She responded with remarkable candor, “I don’t like it. He’s horrible, but if you have a book and you want to sell it, you go on his show.”  Candor.

She asked us about our work and made some observations, but she let the attention be on her. Kindness.

She was going to New Orleans and would be staying at the place that had been her mother’s home on Bourbon Street. She told funny stories about her mother holding court on the balcony above the raucous crowds below during Mardi Gras.  Wit.

When she talked about her grandchildren, she lit up.  At that time, she had two grandchildren. She was looking forward to seeing the toddler twin boys. She described how, in the small New Orleans space, you could hear everything and how she loved hearing one of the boys wake his brother, Jack, up. “Jackie, wake up. Jackie, it’s morning. Jackie, let’s get up.”  She imitated his baby voice and her smile and giggle were infectious.  Love.

As we neared New Orleans at midnight or later, my colleagues had copies of her most recent book for her to sign. I had a more unusual request.  One of my other colleagues was a UConn Huskies fan and the Huskies had just won the basketball national championship.  He had a Huskies golf club cover that he displayed proudly on his desk. Until it went missing (I may, or may not, have been involved in the kidnapping.). For months the Husky would be photographed on adventures all over the world as colleagues took him on their trips.  He was tucked away in my bag.  Again, we had decided that we would forego any and all requests if she was not receptive.

In the above photo, right before it was taken, Colie took time to apply her lipstick – Just as her mother taught her. Always a lady.

Cokie taught the world that you can talk politics in an intelligent way, but that doesn’t mean you have to be mean-spirited to get your point across. Her classy style and delivery put her up there as one of the great journalists in our book. Grace. Advocacy. Candor. Kindness. Wit. Love. Her character spoke volumes to those who listened.