Imagine. It’s a warm day in August 1963, in the height of the Civil Rights movement. There are 250,000 people gathered on the Mall in Washington, D.C. Dr. Martin Luther King, Jr. steps in front of the Lincoln Memorial, as people around the world listen for his first words.

There are dozens of reasons this speech was so powerful. We offer five that are as relevant today as they were 58 years ago.

What makes this an exceptional speech?

Standing against the backdrop of the Lincoln Memorial, Dr. King begins with:

“I am happy to join with you today in what will go down in history as the greatest demonstration for freedom in the history of our nation. Five score years ago, a great American, in whose symbolic shadow we stand today, signed the Emancipation Proclamation. This momentous decree came as a great beacon light of hope to millions of Negro slaves who had been seared in the flames of withering injustice.”

In effect he begins by grounding his words in the weight and credibility of Lincoln himself, making the obvious point that the message was profoundly relevant in 1963.

Dr. King was a master of vivid, metaphorical language. For example, he weaves in an extended metaphor and theme about cashing a check:

“In a sense we’ve come to our nation’s capital to cash a check. When the architects of our republic wrote the magnificent words of the Constitution and the Declaration of Independence, they were signing a promissory note to which every American was to fall heir.

“Instead of honoring this sacred obligation, America has given the Negro people a bad check, a check which has come back marked ‘insufficient funds.’ But we refuse to believe that the bank of justice is bankrupt.

“We refuse to believe that there are insufficient funds in the great vaults of opportunity of this nation. And so, we’ve come to cash this check, a check that will give us upon demand the riches of freedom and the security of justice.”

This is storytelling at its finest. Imagery and metaphors develop understanding and make your message memorable.

Dr. King understood that purposeful repetition can make a message memorable and build momentum. In addition, rich pacing and pausing can improve rhythm and flow:

Dr. King does not mince words with vague messages. He talks about the action that must be taken and the consequences if action is not taken:

“We have also come to this hallowed spot to remind America of the fierce urgency of now. It would be fatal for the nation to overlook the urgency of the moment.”

He also talks about how he wants his listeners to take action:

“In the process of gaining our rightful place, we must not be guilty of wrongful deeds. Let us not seek to satisfy our thirst for freedom by drinking from the cup of bitterness and hatred. We must forever conduct our struggle on the high plane of dignity and discipline. We must not allow our creative protest to degenerate into physical violence. Again and again, we must rise to the majestic heights of meeting physical force with soul force.”

The sense of urgency is electric, and his instructions are clear. He makes a compelling call to action. 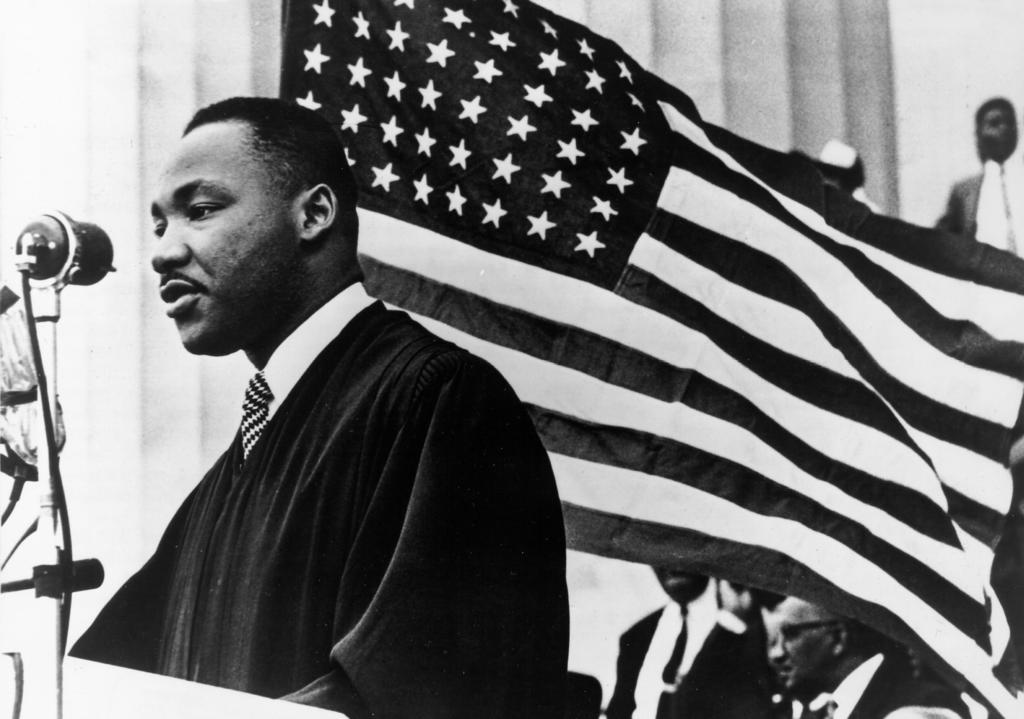 After we study Dr. King’s techniques to make our messages more powerful, we come face to face with the most important learning. Everything about him was authentic. He spoke from the heart. His passion was extraordinary.

There were actually two parts of the speech. His prepared remarks, and his extemporaneous remarks. Halfway through his speech Dr. King’s favorite gospel singer Mahalia Jackson (who was also on the platform) shouted, “Tell them about the dream, Martin!”

At that moment, Dr. King pushed aside his notes, paused and began the “I Have a Dream” speech as we have come to call it.

Those who were on hand that day, including his friend and advisor, Clarence Jones, report that his voice took on a different quality in the balance of the talk.

Jones had seen his friend speak many times, but never in the way he did on that August day, with that level of passion. Jones has often said, “It was like capturing lightning in a bottle.”

It’s significant in today’s environment to point out that Dr. King did not rail against injustice in a negative way, making others wrong for it. Ultimately Dr. King gave us a message of hope. He allows us to see how things could be:

“I have a dream that my four little children will one day live in a nation where they will not be judged by the color of their skin but by the content of their character.”

While most of us will never give a speech as historically important as Dr. King’s, we can all be inspired by his example. We can all take a page.