Mick Mixon is the play-by-play radio announcer for the Carolina Panthers. He was formerly a color analyst for the UNC Tar Heel Sports Network, where he was teamed with “The Voice of the Tar Heels”, Woody Durham. When asked to tell us about one of his mentors, this is the story he told us: 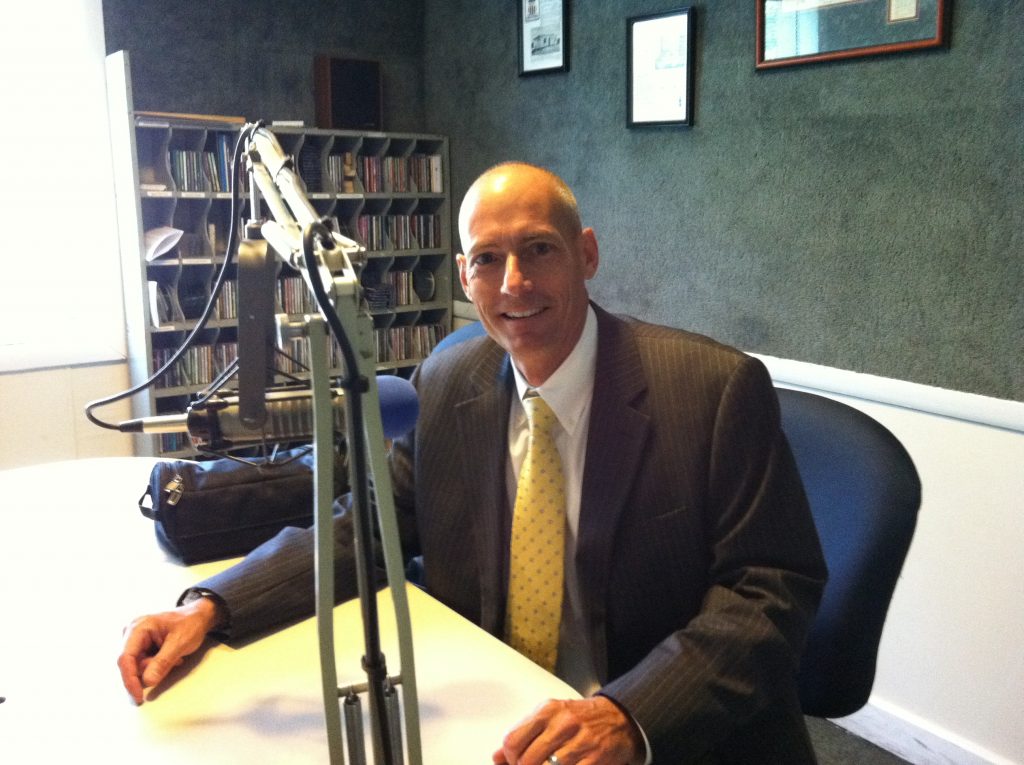 “Like most young men at 25, I thought I knew much more than I did. When I was a quarter of a century old, I thought ‘I’ve got it.  I’ve graduated. I’m making money. I’m having fun. It’s just a matter of time before a network snaps me up.’

In April of 1983, my assignment was to go to Hilton Head and cover the Heritage Golf Tournament. My job was to interview the golfers and call in seven reports a day, Wednesday through Sunday. I did that. I thought I did a pretty good job. When I got back that Monday morning, I stopped by Bob McAlister’s office and said, ‘Hey Bob, how’d you like my reports?’ Like an idiot, I was actually fishing for a compliment.

Bob said, ‘Well, you did a good job. But you didn’t do a great job. Would you like to hear how you might have done a great job? Here’s what you might have asked: What’s it like for the golfers on tour, do they get lonely? What’s it like to be a caddy? How do the local people feel about the tournament? What’s the environmental impact of the tournament?’

I was crushed. I thought I had let him down.

The next week I had the same assignment, for the Master’s. I went down in the same news car to do the same series of reports, Wednesday through Sunday. This time I created an electronic blizzard between Augusta and Columbia. I interviewed everybody—the security guard named Tiny, the wives and the couple that rented their home and left town. When I got back I was one tired son of a gun. On Monday morning I was at my desk typing the 7:45 a.m. news report, and a shadow came over me. It was Bob McAlister. He looked down at me and said, ‘Hey Mick—great job at Augusta.’

What I learned is that it’s not enough to carry a tape recorder, to have a gift for gab or to have a love for sports. Those things aren’t enough. There are a lot of people who have that. What are you going to do? What shoe leather are you going to wear out? What creative spin are you going to put on your tasks? I’ll tell you something. It’s very, very hard to do a great job. I’m sure I failed at doing a great job many more times than I have succeeded. But thanks to Bob McAlister, I know the difference.”

Who are your mentors? What lessons did you learn from them? How have those lessons impacted you today?

Click the image above to access our “Authentic Story” module series, and by week three you’ll be working through the lessons you learned from your own mentors.