The true measure of our character is how we treat the poor, the disfavored, the accused, the incarcerated, and the condemned. Simply punishing the broken only ensures that they remain broken and we do, too.

Author of Just Mercy: A Story of Justice and Redemption

As Executive Director of Race Matters for Juvenile Justice (RMJJ), Derrik Anderson is doing what he calls “hard work and emotional labor.” To understand why, let’s begin with the facts:

The North Carolina Department of Public Safety Report for 2018-2019:

Black youth in Mecklenburg County represent 35% of the population and yet they make up over 78% of complaints filed by CMS school administrators and resource officers. They are disproportionately the victims of exclusionary discipline and detention centers.

In fact, Black youth received more complaints than any other race or ethnicity. And yet there is no hard evidence that black youth have worse behavior than peers. What is clear is that they are not given the benefit of the doubt.

“Our work is to interrupt systems and institutions,” says Anderson. “CMS has looked at their system and today they are being intentional about change.”

“How you see people is how you serve people.”

The work began back in January 2010, at a retreat for judicial officials, systems’ experts, service providers and community partners. The goal of the day was to have courageous conversations. At that retreat, RMJJ was formed to reduce disproportionate, extreme outcomes for families and children of color.

RMJJ founders charged themselves with the mission of engaging national, state, local community partners, children &  families in the conversation; transforming judicial practice from the bench; participating in policy and law advocacy; and examining and employing research, data, and promising practices.

Strong Foundation for the Future 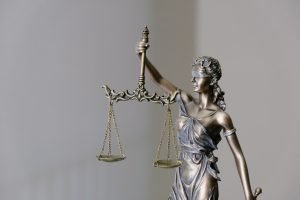 One year later, in 2011 two events took place to shape the future of RMJJ. Anderson, a professor at JCSU, was brought on board as Executive Director.

Second, RMJJ  hosted a ground-breaking symposium that examined disproportionality and disparities in the child welfare and juvenile justice system.

This symposium, or RMJJ workshop, is what Anderson calls “The entry to RMJJ—once you go through it you can become involved.”

The Work of a Lifetime

In our conversation with Anderson we asked if he ever felt overwhelmed. He shared that when the protests broke out after the killing of George Floyd, he had trouble sleeping, so he got up and downloaded 3-4 pages about his journey. When he shared it with his wife, she cried, saying, “I didn’t realize you were carrying that.”

I grew up as an African American man in Vicksburg Mississippi, being pulled over by the police and followed into stores. I’ve been doing this work since the beginning.” Any time I see another black man get shot, I think back to July 3rd of 1998 at 6:00pm in the evening. I was pulled over while driving with my future wife. I think about the officer putting his hand on his gun and realize it could have been me.

But when asked if he’s discouraged, he said “No. I’m hopeful about great things to come, and I owe a debt of gratitude to those who’ve come before me. I am looking at what I can do for my grandkids and great grandkids. I believe using ‘I’ statements.

When I say what other people need to do it becomes a distraction.”

Anderson believes that everyone of all races can bring about change when we Listen, Learn and Understand. If we learn and understand the history of our country, we can have informed dialogue about race. If we listen and become curious learners of one another, we can begin to give one another the benefit of the doubt.

Below is the full Human Touch session with Derrik. We hope you enjoy it as much as we did.