How to Fire Someone and Leave Their Dignity Intact: 5 Points to Consider

Home / Interact Studio Stories & Articles / How to Fire Someone and Leave Their Dignity Intact: 5 Points to Consider 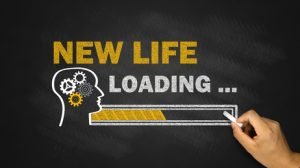 For months I had been uneasy at the office. I was being left out of important conversations and left alone in my work without much communication.
My intuition told me something wasn’t right.
In frustration I decided to force some feedback. I was overdue for a pay increase so I went to my boss, “Susan,” and asked if I was in line for one.
Susan gulped, hemmed, and hawed. She obviously felt on the spot. She said she would have to get back to me.

“Your job has changed”

It turned out that one of the company’s executive leaders had been angling to replace me with a former colleague who had more technical, on line skills. I had forced management’s hand before they were ready to let me know “the job description had changed.”
I caught them on their heels.

Fighting to keep my job

I am a fierce salesperson, so I began pitching my value with testimonial emails and made my case to everyone on the executive team. After three excruciating weeks, Susan came back with the idea of having me stay and report to the new director that the executive leader had recruited.
I have held a job since I was 16. Having a job has always been important to me—along with being a top performer. I’m a responsible, super-achiever and I was exhausted from the fight and the loss of dignity.
I was surviving, not thriving. That’s no way to live your life.
I woke up the next morning, called Susan and gave notice that I was leaving.
No one wants to be fired. When you fire someone the wrong way, that act can not only damage the former employee, it can also poison the firm’s reputation as one that cares for its employees.

Here are five points to consider when firing an otherwise good employee whose job has changed:

1.       Consider your relationship with the individual. If the employee has had nothing but glowing feedback, they’ll be stunned when you drop the bomb. No matter how you say it, what they will hear is “you’re fired”
2.       As soon as possible, invite them to sit down, look them in the eye and tell them the job description is changing and why. Offer a reassignment if it makes sense for both of you
3.       At the same time, be ready to cover the details of any severance package
4.       Offer a good job reference
5.       And finally, never drag it out as the employee loses their dignity
No doubt, firing an employee is tough, but the reputation of your firm is at stake when you mistreat a good employee.  Naturally you should have an employment attorney on your side—but act in the spirit of respect.
As for me, I couldn’t have made a better decision to go with a bold impulse. Today I am in my true place—and I am thriving!