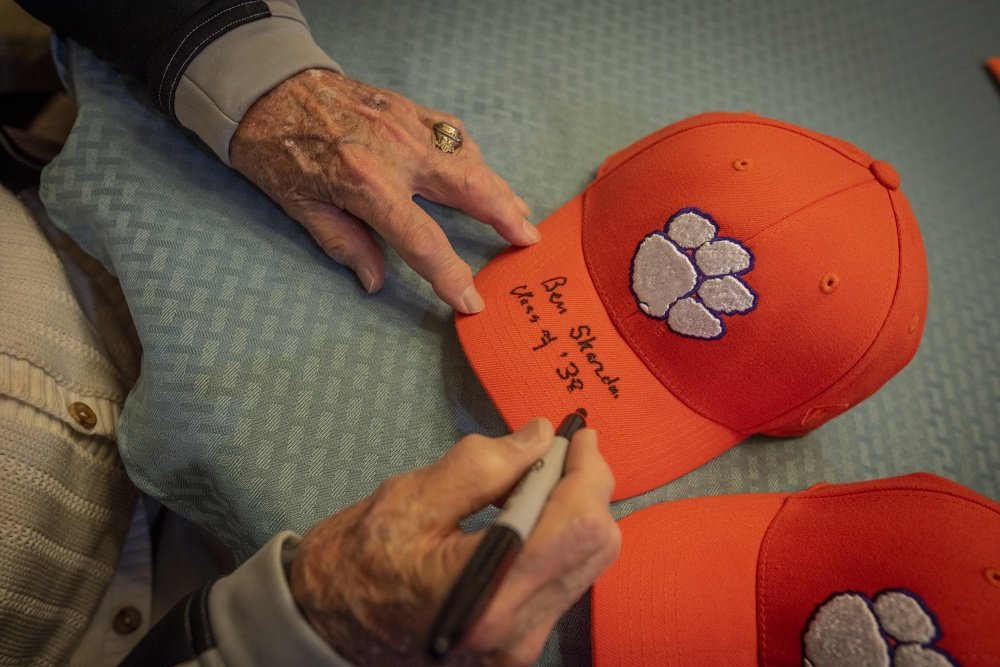 I had to take the class for my major, and I thought it was a fate worse than death. Skardon, however, made the class a safe space where I found my voice. The class changed my career path and my future. I did not know when I was in his class, that Skardon was more than a great teacher.

He starts training in November. Pushing his walker up and down the driveway at his Clemson home. It gets him ready for a walk he does in honor of his fallen friends. A walk to remember the Baatan Death March. He is the sole survivor of the Death March who still walks in the annual reenactment in New Mexico. He’s 101. This year Col. Ben Skardon walked three miles with members of Ben’s Battalion, people who make the trip with Col. Skardon, for Col. Skardon and because of Col. Skardon. 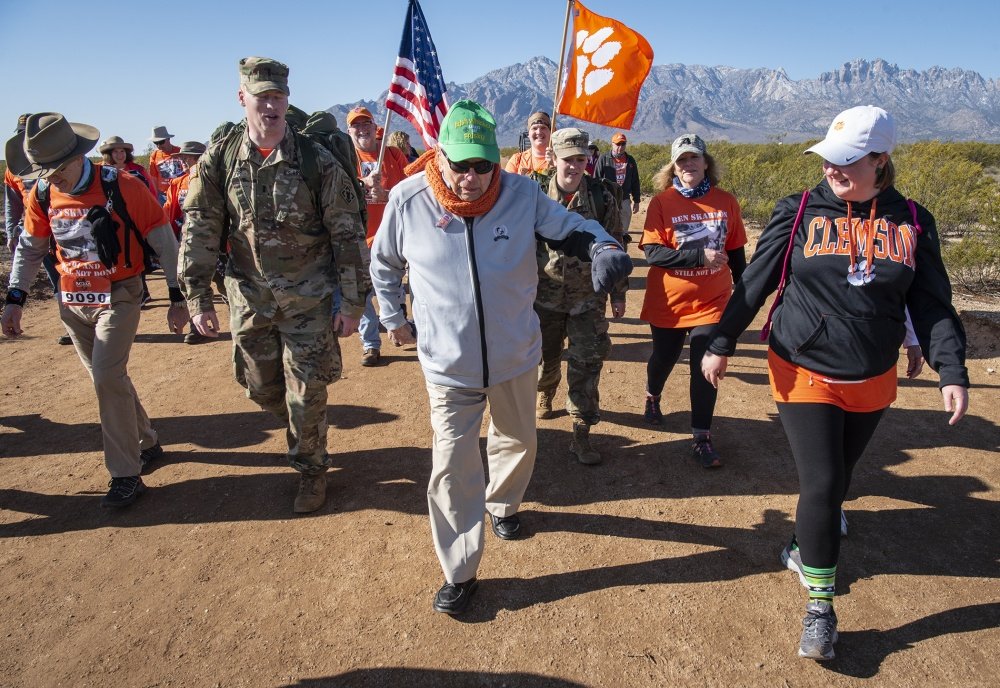 He walked in the actual Baatan Death March in April 1942. The March was the forcible transfer by the Japanese Army of over 60,000 American and Filipino prisoners of war and was over 60 miles in length.

He survived and then endured torture in the Japanese concentration camps. His Clemson ring and two Clemson colleagues, Henry Leitner and Otis Morgan, who were with him saved his life. He survived. They did not. He walks for them. They are his heroes.

This past Sunday he sat on the stage at Clemson’s Littlejohn Coliseum where his story was shared with the seniors who were receiving their Clemson rings.

But when I was a shiny, scared sophomore at Clemson, I did not know Col. Skardon’s story. I just knew that he was a great teacher who inspired me to be more than I thought I could be. And I was not alone. He received multiple honors for his second career work in the classroom including Alumni Master Teacher Award and Alumni Distinguished Service Award.

I was stunned, years after graduation to learn of his distinguished service when he was honored during the Military Appreciation football game. But then it all made sense. 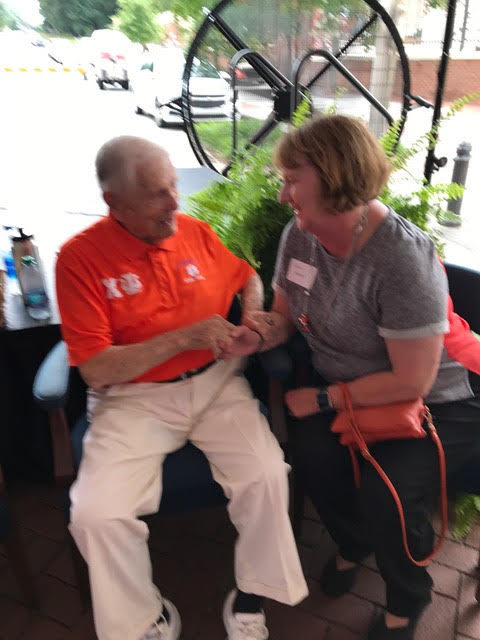 Years later, I had the chance at a Clemson event to tell him how he had changed my career choice and my life. He was 96.

He smiled his big smile and touched his heart. And then at his 100th birthday party, I had the chance to tell him that I had found my way to the classroom at Winthrop University.

It was a full circle moment that I will always treasure.  (A piece of advice – our personal heroes may not all have the longevity of Col. Skardon; don’t wait to tell them what they mean to you.)

Col. Skardon does not consider himself a hero. But he is my hero.

And on this Veteran’s Day, we celebrate all who have served this great nation. They are all heroes.

To learn more about Col. Skardon’s story, read this in-depth profile on 60 Minutes.