From Bullied Child to Executive Coach: My Story and Advice 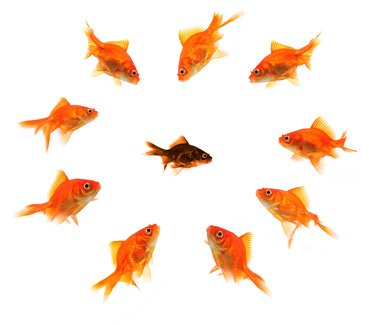 Nearly one in three students report being bullied during the school year. Kids are called names, insulted, threatened, excluded and more—and the reasons reported most often are looks and body shape.
Apparently I qualified. Growing up I was a tall, awkward kid with my family’s signature big nose and big teeth. I was a social misfit.

Bullied on the bus

I had a loving family that absorbed the negativity of the outside world in my early years. For years I was protected from name calling by my brother and sister, who were more outgoing and popular. But in my senior year of high school, I found myself attending a new school without  my siblings to shield me. To make matters worse, I had to ride the bus, which was the definition of “uncool” for a senior.
Back then, the school hired a few of the seniors who were considered to be responsible to drive the buses (a ridiculous-sounding policy today).  I was among a bus load of kids who experienced a scary ride on a snowy day, when our driver, a star football player, let’s call him “Todd,” was driving dangerously to show off.
Todd’s friends were drinking beer on the bus. I was so frightened so I got off at an early stop and walked all the way home. I told my mom what had happened, and she reported Todd to  the principal the next day.
Todd was in a world of trouble.
The result of “the bus ride from hell” was that I became a bigger target for bullying. Now I was a dork and a snitch.

In the hall students threatened me and even spat on me. I suffered some health effects, including anxiety, headaches and stomachaches, which is not uncommon for kids who are bullied.
All of this left me with a lingering case of Social Phobia and the fear of new people. At its core, Social Phobia is the fear of looking bad in front of others who would judge us. We all experience this at different times in our lives. Typically it has its peak in middle school, but for late bloomers like me, it takes a little longer to become comfortable in your skin.
I am at ease today but I’ve worked at it.  I’ve learned how to navigate new people, tough characters, eccentric friends and demanding customers. You could say I’m a student of people.

Many of the folks I coach at Interact Studio tell me that they feel insecure about meeting new people and networking at a social event. For some it traces back to a lack of social acceptance in school. I share with them my  five tips for navigating a social mixer and feeling more at ease with strangers:

A final tip that applies to all of your social adventures is to have fun.  Humor has been my saving grace. I’m a bit of a goofball and I enjoy cutting up. I’ve found it makes people feel at ease when you tell a joke on yourself. Don’t be afraid to laugh.
Today I love meeting new people and most of them have a hard time believing I ever struggled to fit in—let alone was a victim of bullying.  Like me you can learn to approach people, ask questions, extend a warm welcome and introduce yourself with confidence. You will spark new relationships—and build a sense of social-ease.
You can help turn back the tide of bullying. Teach your kids to speak up on behalf of victims. More than half of bullying situations stop when a peer intervenes on behalf of the student being bullied. In addition, school-based bullying prevention programs decrease bullying by up to 25%. Do what you can to influence schools in your community to establish a prevention program.