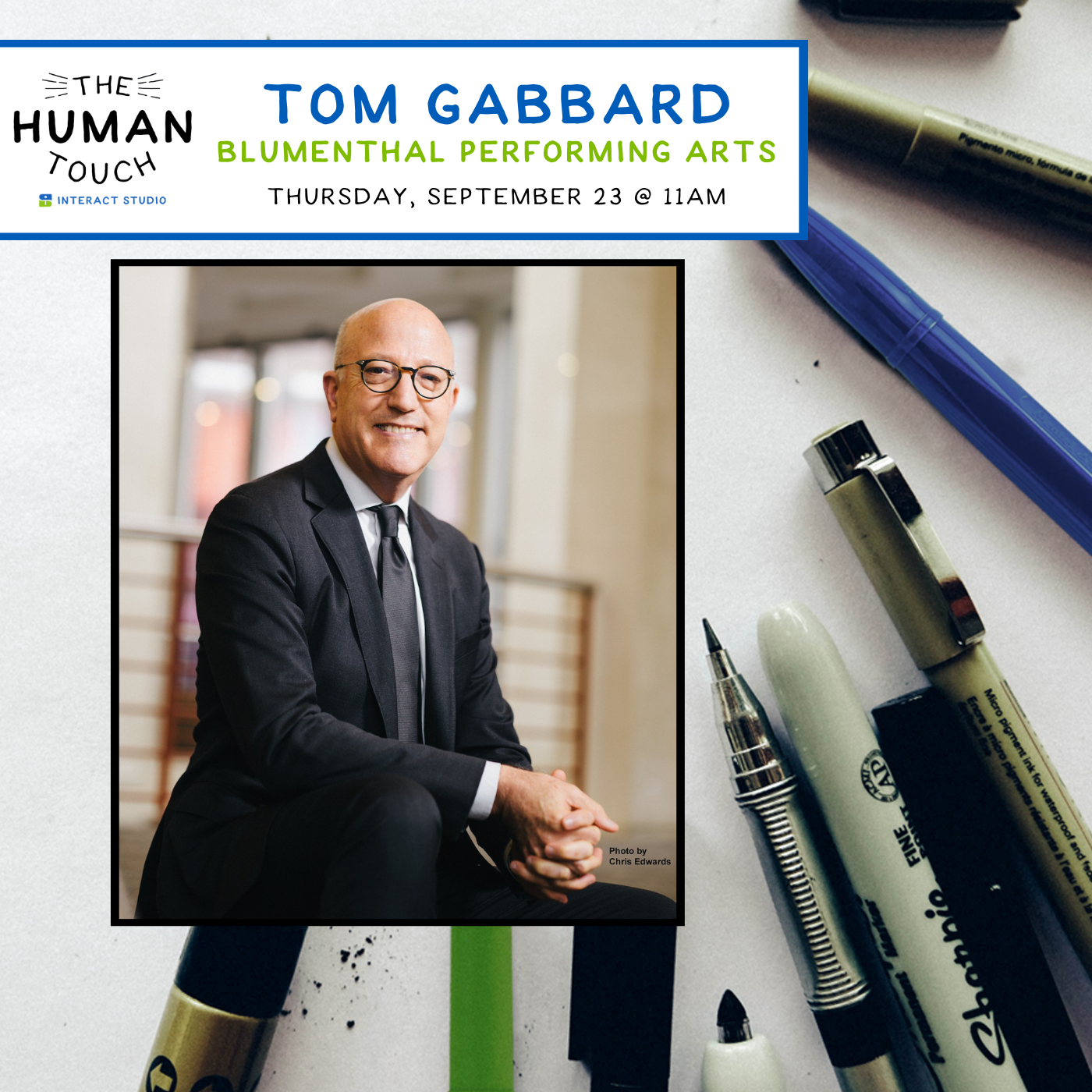 Since 2003, Tom Gabbard has been at the helm of Blumenthal Performing Arts as the organization’s President and CEO. During Gabbard’s tenure as CEO, the Blumenthal has become a Top 10 market for touring Broadway shows in North America.

Currently, the Blumenthal is being visited by the Wicked Witch of the West as Broadway’s WICKED runs at Ovens Auditorium through October 3, 2021. The Blumenthal also played a major role in the production and management of Immersive Van Gogh Exhibit Charlotte, a one of kind art experience running at Camp North End through October 31.

When he joins us on the Human Touch, he will share his thoughts on the current state and future of theatre, the creative culture of Charlotte, and what goes into hosting high-profile events such as WICKED and Immersive Van Gogh.

As an added bonus, the interview will be conducted by Tim Miner of Charlotte Is Creative.

Register below and we will send you an email with information on how to join the virtual gathering.

The event is finished.