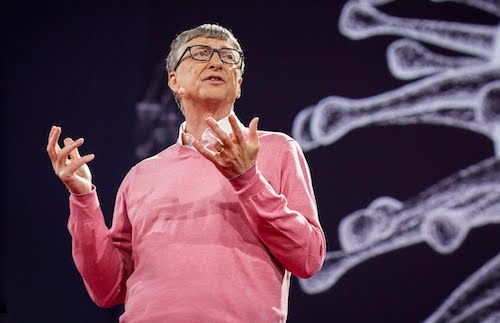 In a 2015 TED Talk with 39 million views, Bill Gates told us we were not ready for an epidemic.

He takes the stage with a barrel like the one that his family had growing up, a barrel full of needed supplies for a nuclear war. That’s a compelling open.

Then he goes into Bill Gates mode; a little nerdy, a little professorial, a lot smart. He explains that the greatest global threat is not nuclear war, but a virus. Using Ebola as an example, he explains that we did not have a system ready to respond.

There were three reasons, according to Gates, why Ebola was largely contained: 1) heroic work by healthcare providers; 2) the nature of the virus which does not spread by air and where people aren’t contagious until they are feeling sick; 3) it did not get into urban areas.

The contrasts with COVID-19 are striking; the only common thread is heroic healthcare workers. He advises a number of things including plans, simulations and R&D into therapeutics and vaccines to combat viruses. He concludes with this, “There is no need to panic. But we need to get going because time is not on our side.”

Five years later the world learned that he was correct. And we didn’t heed his warning.

How has the tech magnate become an expert on global pandemics? Largely through his work with the Bill and Melinda Gates Foundation. One of their six focus areas is Global Health. The Foundation has focused significant resources on improving health in underdeveloped nations including Africa, where Ebola was concentrated. 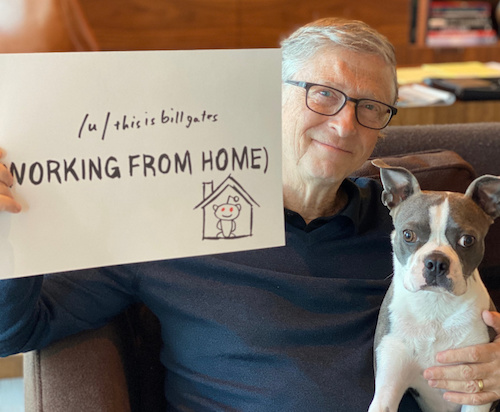 In looking at threats to global health, epidemics rise to the top of the list. Gates and his Foundation have focused on global vulnerabilities and have been leading research efforts including research on the mRNA technologies which underlie both the Moderna and Pfizer-BioNTech vaccines.

When Covid-19 emerged in 2020, he knew our vulnerabilities and our opportunities. He was called upon because of his expertise to comment on the pandemic and responses. And he showed up in his sweater in full professor mode to remind us of what he had been trying to tell us for over five years. He didn’t berate us for not listening; he spoke with candor and optimism.

At the same time, he had to combat disinformation about the pandemic, vaccines, and even his personal self-interest which he called “bizarre.”

The Gates Foundation has contributed $1.7 Billion to Covid-19 efforts focused primarily on research and supply chain logistics for testing, therapeutics and vaccines. In a letter released on December 22, Gates writes “When I think back on the pace of scientific advances in 2020, I am stunned,” he writes. “Humans have never made more progress on any disease in a year than the world did on COVID-19 this year.”

You were correct Bill Gates; we weren’t ready. Thank you for your leadership and funding to help save the world from a global pandemic.

Are you preparing to give the next big talk that we may be discussing five years from now? Let us help you craft a message that will resonate with your audience for years to come. Learn more about our various programs here.

In 2015, Bill Gates offered a warning that we should prepare for the next epidemic. A warning that many did not listen to. In 2020, we were hit with a pandemic that we were not ready for. Rather than say “I told you so,” Mr. Gates stepped up to the challenge and used his resources to help push for advances in science. The Gates Foundation has contributed $1.7 Billion towards research to help develop a vaccine for COVID-19.