A Case Study: How to Coach through Change

Home / Interact Studio Stories & Articles / A Case Study: How to Coach through Change

One of my coaching clients, whom I’ll call Donna, came to me at the peak of frustration. Her organization was moving to a new Customer Relationship Management (CRM) system, and her team was lagging behind others in using it. I asked her what she had already done to foster the adoption of the new CRM tool, and she shared that she had told them several times to start using it. 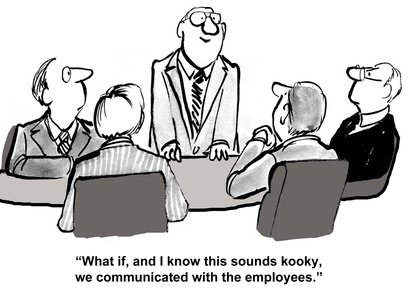 The result of all this telling for the change? Nada. Zilch. Zero. Does this sound familiar?

If your organization is like Donna’s and most others, it constantly needs to adapt to a changing marketplace and anticipate the needs of customers to stay viable and profitable. And in order to achieve that, the individuals in your organization must be nimble, creative, and willing to shift to meet those needs.

So how can you as a leader best coach through change to win the hearts and minds of your team and your customers?
Communication alone isn’t enough. Managers like Donna need to be actively involved.

I asked Donna where she had been involved in the change with the team. Donna’s face reddened as she said, “That’s what I’ve been telling you: I’ve told them several times that moving to the new CRM is non-negotiable. And we gave them training.” She went on to say that she didn’t have time to be more involved because she had been “too busy leading.”

I asked Donna if she was open to an observation (that question is one of my favorite coaching tools). When she answered yes, I said, “What I hear you saying is that you’ve endorsed the change, but you haven’t really been involved in it.”

She was silent for a moment, and when she finally spoke she said, “You’re right. But I don’t know how to do that.”

Begin with Brainstorming for Desired Behaviors

I asked her to brainstorm a list of behaviors that she’d see in someone who was involved in leading change, and her list was long. It included actions like attending the training side-by-side with the customer service representatives, recognizing and rewarding the early adopters, and even taking calls from customers after the “go live” date.
Donna picked three of the activities from her list to do before our next coaching session.

Bringing resistance to the surface is uncomfortable—and powerful. In our next coaching session, Donna was celebrating the wins that came from involvement, but she had uncovered a new pain point. ”Some of my team ‘gets it,’ but others just want to complain. So I told them I only wanted to hear from them if they were positive.”

I asked Donna why she didn’t want to hear the complaints or objections. She said it was because they would wallow in the reasons the new CRM wouldn’t work rather than getting to the real work of using the new tool.

Perhaps. But I sensed that Donna was also uncomfortable hearing about concerns that she couldn’t instantaneously fix. When I voiced that, she agreed. And that meant that her avoidance of the issues with the CRM was more about her and less about the success of the organization.

So I asked Donna if she would be open to leading a “listening” session with her customer service representatives. This session would allow feedback on both the positives and the pains of the new tool. Why? Because when we create space for others to surface resistance, they feel heard, valued, and, therefore, engaged. And engaged individuals are committed to solving the very issues that they surface.

And it’s all initiated by the leader’s willingness to step into discomfort long enough to hear it. Leaders can only address resistance when it comes to the surface. Resistance becomes more dangerous when it gets shut down because it goes underground. And who knows where it might rear its head in the form of apathy, disengagement, or (even worse!), sabotage.

Donna hosted the listening session, and it was an (uncomfortable) eye-opener for her. She learned about places where the new CRM tool was creating more work and slowing down a process. She learned that some of the representatives were circumventing the process, not out of spite, but out of a deep commitment to helping the customers. And she learned that most were really trying to adapt to the change.

Donna realized there was more work to be done to iron out the wrinkles in the system and process. She felt overwhelmed by the commitment she heard in the room. I asked her what she was doing to acknowledge the team. More self-aware than ever, she mentioned that she had been too caught up in tackling the system issues to reward the people whom she “caught” doing it right.

She then built a plan to acknowledge them publicly every week and reward the high performers with inexpensive gift cards. Donna engaged hearts and minds through involvement, surfacing resistance, and rewards. More importantly, her team created fixes for many of the issues they had surfaced. That accelerated the rate of adoption and change to the new CRM – and the number of happy customers.

When I asked Donna later what she had learned from this experience, it was this: knowledge alone didn’t change behavior, for her or her team. Once she overcame the need to be “right” or the “hero,” she empowered people in service to the organization and its customers.

If you’re in the midst of leading change, we’d love to hear from you. What’s working well? And what challenges are you facing?